Do you suffer with migraines?

It is estimated that there are 190,000 migraine attacks experienced every day in England and 6 million people suffer from migraines in the UK. Unfortunately there is not a ‘cure all’ medication for migraines and pain relief can be hit and miss, but reflexology can help.

According to a large research study undertaken in Denmark, reflexology proved to be beneficial for patients suffering from migraines and tension headaches. The study was undertaken by The Royal Danish School of Pharmacy in co-operation with five reflexology associations. 220 patients participated, with 78 fully trained reflexologists giving the treatment.

Of all the patients who took part in the study, 90% said that they had taken prescribed medication for their headaches within the month prior to the start of the research and, 36% of these participants had experienced side effects from the medication. 81% of the prescribed medicine in the acetvlsalicyclic acid and paracetamol group was taken at least twice a week and 72% of the stronger migraine medicines were taken at least once a fortnight which indicates that the majority of the patients were suffering from moderate to severe symptoms. 34% had taken medications for ailments other than headaches.

Following a series of reflexology treatments, over a three month period, 81% of patients confirmed that reflexology had either cured (16%) or helped (65%) their symptoms. 19% of the patients reported that they had been able to completely stop the medication they had been taking before the research.

Rachel, Fleet “I suffered from regular migraines which would last 3-4 days every month. A friend recommended Caroline to me to try reflexology and I thought I would give it a go, although I was sceptical it would help. I had a weekly session for 7 weeks and for 3 months I didn’t have a single headache, let alone migraine! When my headaches came back they were not as severe as before but I promptly booked in to see Caroline again as something was obviously working! Caroline has a natural ability to tune in to what your body needs and has really helped me to get my life back on track.” 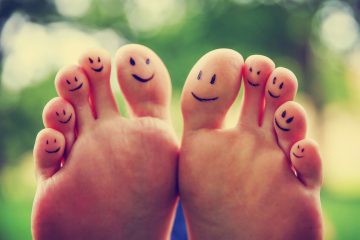 What is reflexology anyway?

Having been immersed in the world of reflexology for such a long time it is easy to forget that reflexology is still undiscovered territory for the majority of people. For those people still unsure how Read more…